The annual Bunratty Chess Festival has held a little earlier than normal ( February 7th to 9th ) in the beautiful surroundings of the Bunratty Castle hotel. There were almost 300 players competing for the 4 titles at stake, the Bunratty Masters, Challengers, Major and Minor.

The Masters events top seed was a new recruit to the ranks of the Bunratty Masters, Oleg Korneev GM, originally from the Ukraine, now registered with FIDE as a Spanish player. The second seed was Alon Greenfeld of Israel with Mark Hebden, Gawain Jones, Bogdan Lalic and Alexander Baburin being the other regular GMs at the event. We had another GM first time visitor, Jiri Stocek from the Czech Republic completed of Grandmasters. Simon Williams was also supposed to play but he couldnt make it at the last minute. 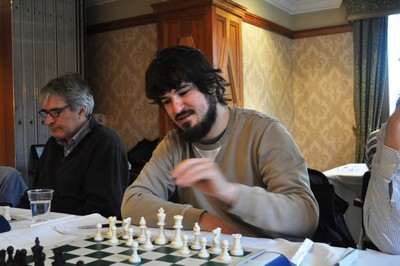 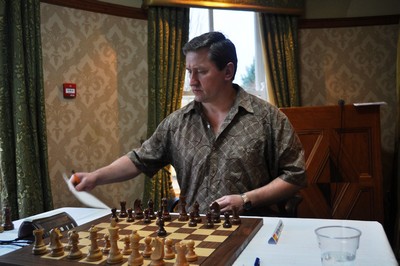 Jiri Stocek GM ( pictured left ) and Oleg Korneev GM ( right , both first time visitors to Bunratty this year. The eagle-eyed among you may recognise this web sites webmaster, Mark Orr on Jiris right hand side!

Most of the first round games went to seed but there were a few surprises as Sue Maroroa held Tom Rendle to a draw while Sabrina Chevannes lost to Bernd Thee on board 19 of the Masters. On board 1, Aidan Rawlinson ( 2131 ) had the honour of playing our top seed and this game

Oleg Korneev didnt have it all his own way in round 2 though, young Michael De Verdier probably missed a win against him in the following exciting game

Also in round 2, Alon Greenfeld, our Israeli Grandmaster, won the following game against the Scottish IM, Stephen Mannion. 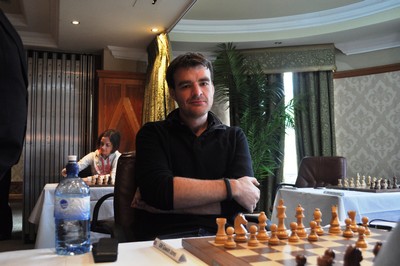 In the meantime, Gawain Jones ( above ) was starting to make a serious run for the title with this win over our own Sam Collins and now this game is annotated by the winner. ( thanks Gawain ) Unusually for a masters game, this one features an actual checkmate!

In round 4 Gawain was paired against Alon Greenfeld and Alon had white. This much anticipated clash was a real treat for Gawain fans, not so much for Alons fans though. Meanwhile, Korneev had fallen a little behind Gawain as Tom Rendle held him to a draw in round 3 but in round 4 he beat Philip Short in the following game. 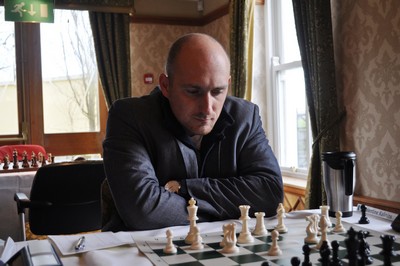 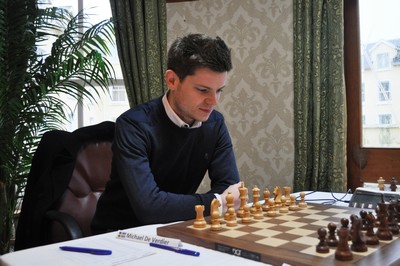 On Sunday morning round 5 began and Oleg was paired against Valentine Kalinins, (pictured left) a rapidly improving player whos beginning to get some very good results lately. Oleg proved a little too strong for him though, as the following game shows.

I mentioned earlier that Michael De Verdier held Oleg Korneev to a draw in round two, Michael is pictured on the right just before that game.

Gawain and Jiri drew their 5th round encounter and this left the pairing that would decide the title in round 6, Oleg Korneev against Gawain Jones. As Oleg needed to win this game to win the event, no one was expecting an early result. A large crowd followed the game on the big screen in the lobby of the hotel and they were treated to an excellent display by Gawain in this fine game. This win was as a result of excellent pre-game preparation, as Gawain explains in his notes.

This meant that Gawain won his second Bunratty Masters title very impressively and I asked Gawain after the event if he thought he was in a worse position in any of his games, he told me that only in the game against Philip Short! He promised a few notes to some games and he was as good as his word so here is that game with Gawains comments.

I have one more impressive game to show here and its not from the Masters event, they are not the only ones that can play a good game! Here is the game that gave Stephen Short the title of Bunratty Challengers Champion 2014, the final position is very picturesque. 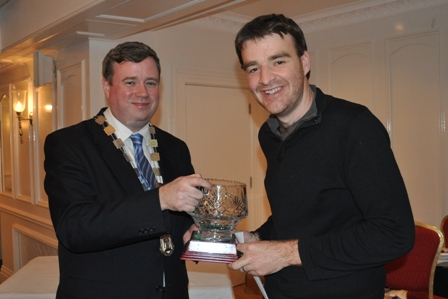 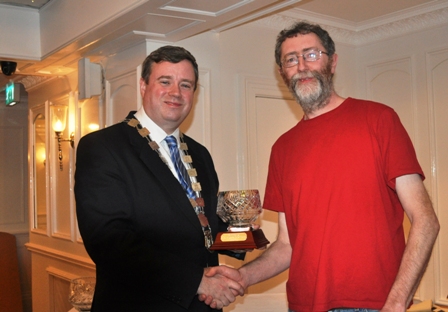 The mantle for winning Chess events in the Short household seems to have passed to Stephen as he won the Bunratty Challengers event very impressively, his fine last round victory being particularly impressive against Gerard MacElligott. Unfortunately, I dont have the game so Stephen, if youre reading this, please forward the game ! 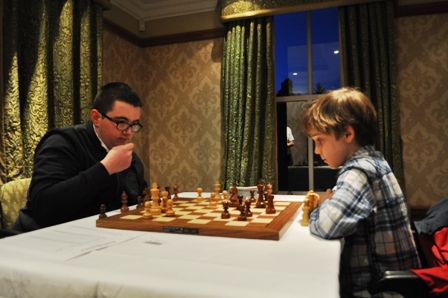 The dates for next years Bunratty Chess Festival are February 20th to 22nd and a good number of players booked the hotel room for next years event before they left this one, looking forward to it already !