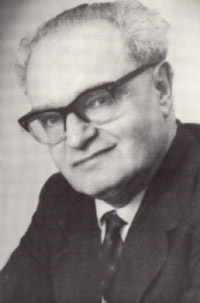 Wolfgand was born in Berlin in 1911. Later he studied law and played chess there but, being a Jew, he was forced to emigrate and in the mid-1930's moved to South Africa. He stayed there for over twenty years, winning the South African championships many times and representing them in their debut Olympiad in 1958. He made his living in a variety of ways including designing crossword puzzles, writing short stories, journalism and door-to-door sales. During the war he helped decode German messages for the Allies. For recreation he played poker (at one stage owning a poker club) and dealt in stamps (was involved in various philatelic clubs) as well as playing chess.

He was always against apartheid: as a German Jew he was well aware of what it was liked to be persecuted. After visiting Ireland for a chess tournament in 1956 and with assistance from Enda Rohan, he moved to Dublin in 1957.

Later he spent a few years in Frankfurt, Germany, but settled back in Dublin in 1963 with his new German wife (23 years his junior). From 1966 he represented Ireland at Olympiads. Later his son Mark, born in Ireland in 1968, also played for Ireland although he learned chess from his mother! In 1979 the family moved back to Ulm, Germany, where Wolfgang died two years later.

Wolfgang won the South African championship eight times and the Irish championship six times. Indeed, in 1959 he was both Irish and South African champion while domiciled in Germany! In 1955 he clinched first place in the last round of a South African tournament by beating former world champion Max Euwe. He had other wins against top players, including Najdorf and Durao, and numerous draws, including Pachman. Although he never became an International Master, according to his wife he did eventually attain the required qualifications but declined to accept the award from FIDE!

He was the author of several chess books including Chess Springbok, My Book of Fun and Games, Grosse Remispartien (in German) and Lacking the Master Touch (1970).

Many people's abiding memory of Wolfgang was his arrogance. He apparently had little hesitation in letting lesser players know exactly what he thought of their play. According to his son Mark, he didn't suffer fools gladly, especially if they were also road users! There are also tales of him being involved in various unpleasant scenes, for example, when he was left out of the Irish Olympiad team in 1972 even though he was that year's champion, or when Ken O'Reardon and Oisin O'Siochru compiled an Elo rating list for the first time and Wolfgand wasn't at the top.

However, in his defence, the words cultured and principled have also been used to describe him. Mark speculates that Wolfgang's cultural predilections as a German (precise) and a Jew (opinionated) may have been largely responsible for the perception of arrogance from the very different cultural perspective of the Irish. In any case, he dominated Irish chess for nearly a decade and exemplified a serious attitude to chess that involved both hard work and study and which no doubt rubbed off beneficially on some of his contemporaries.