Bunratty is a tiny village in county Clare, in the West of Ireland and it has very few residents. In fact, it’s more like a tourist destination rather than a village. It has a world famous castle and one of the oldest pubs in Ireland, Durty Nellies, which stands in the shadows of the 15th century castle.

Once a year, Bunratty is invaded by Chess players who come from far and wide to do battle for each of the four titles at stake, the Minor, Major, Challengers, and of course, the famous premier event, the Bunratty Masters. In this, the 23rd Bunratty Chess Festival, there were seven grandmasters, five international masters and three FIDE masters among the competitors, top seed was the English grandmaster Nigel Short ( 2684 )

Nigel is seen here in his first round encounter with Ioana Gelip of Romania ( 2132 ), you can see the game here Most of the first round games went to seeding, but not all of them. A Bunratty regular, Thomas Rendle, international master from England ( 2366 ) was beaten by Kieran Moynihan from Cork and you can see that game here. Mark Heidenfeld was held to a draw by Anthony Fox while Peter Cafolla managed to claim the full point against Conor O’Donnell in the following game.

We had to wait until round 3 to get our first all GM clashes and while Peter Wells and Oleg Korneev were sharing the point on board 2, Alex Baburin was pushing hard for a win against Nigel Short on the top board, but as you’ll see in the game, he didn’t quite make it. 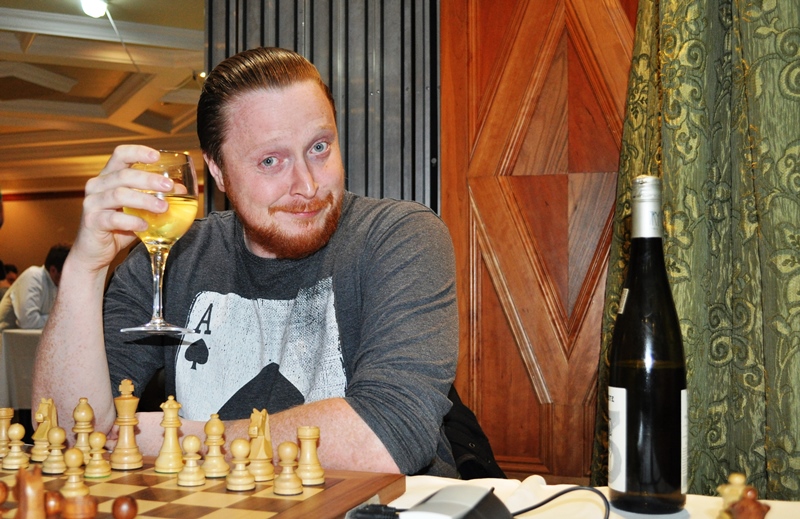 Round 4 also had a few all GM clashes as Simon Williams, AKA The Ginger GM, took on Peter wells. Simon is pictured here “preparing” for this game.

In round 4 Sam Collins, Ireland’s No. 1 “home grown” player, took on Oleg Korneev, and it looks from the picture take here at the start of the game, Sam expected it to be thirsty work.

Saturday in the Bunratty Chess Festival is a brutal affair, three games in one day can be really tough but that's followed by a 9:15am start on Sunday morning.

Despite this, the players managed to turn up on time, some obviously having had more sleep than others.

The 5th round pairing on the top boards looked like this;

Mark Heidenfeld lost to Oleg Korneev while Gawain Jones and Sam Collins had a hard fought draw but on board 1, Nigel Short looked to be in a bit of trouble early on in his game against the ginger GM. He did manage to escape into a technical ending which he really couldn't lose but winning it would be another matter. click here to see this exciting game.

Nigel Short has played the Bunratty Masters 4 times before and while he's tied for first place, he'd never won the title. Now being a full point ahead going into the final round, he'd never get a better chance. All that stood in his way was a last round game against Oleg Korneev. Here's what the final round top pairings looked like;

Richard Bates managed to beat Simon Williams in a fine game which I hope to publish here tomorrow, along with Gawain Jones victory over Mark Hebden but there would be little point in publishing the quick GM draw that gave Nigel Short his first Bunratty Masters title. A delighted Nigel gave a victory speech at the prize giving which he hoped "would be better than Wesley So's speech at last year's prize giving!" 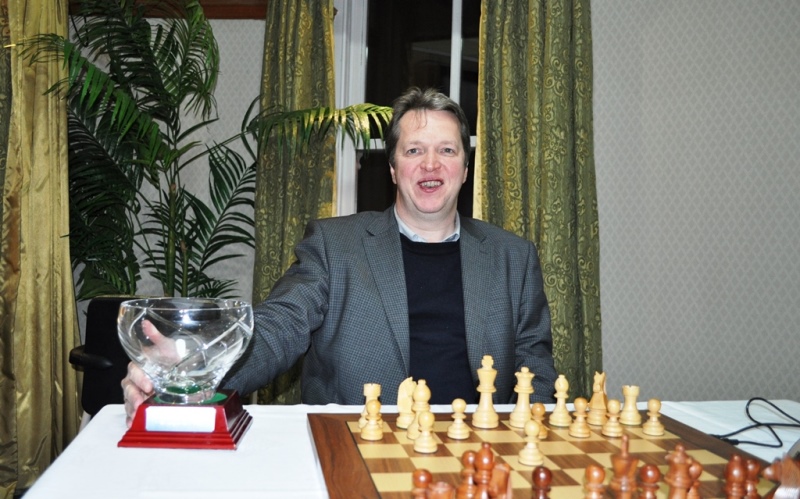 A very proud Nigel Short with his Bunratty Masters Trophy - his first one, and maybe not his last? He referred again to Bunratty as "the Rolls Royce" of Chess weekenders. 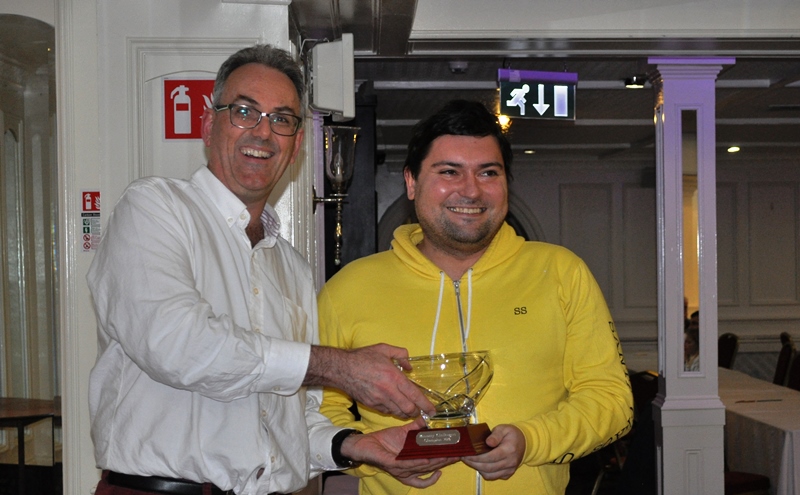 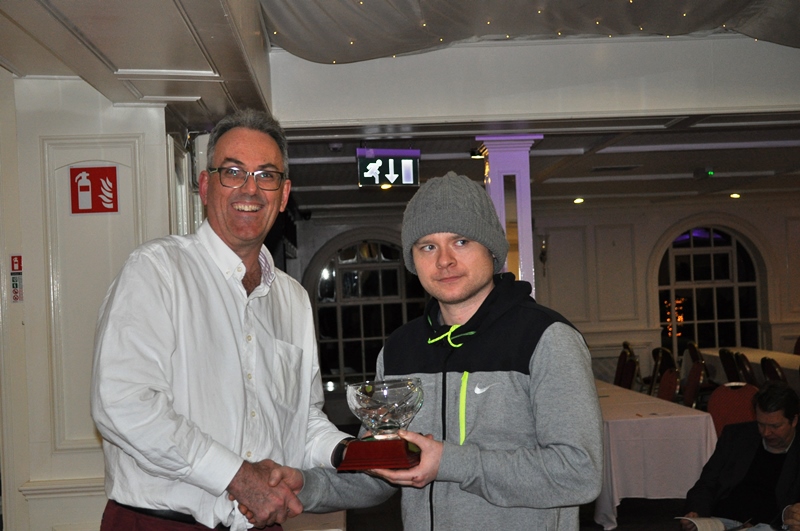 Padraig Dwyer, father of Daniel Dwyer, and winner of the Bunratty Minor - the same competition his son won two years ago.