More than 20 teams took part involving around 90 junior players including quite a few players (some as young as 6 years old) who were playing in their first competitive team event.

The event is a 6 round swiss competition. Congratulations to the Rathmines Kings who won the Cup for the 3rd year running with a perfect score of 6 wins in 6 matches. The runners up on a score of 5/6 were the “Master Appleworms”. Next up were 5 teams on 4/6 (two from Malahide, two from Blanchardstown and another Rathmines Team).

The final standings are outlined in the table below: 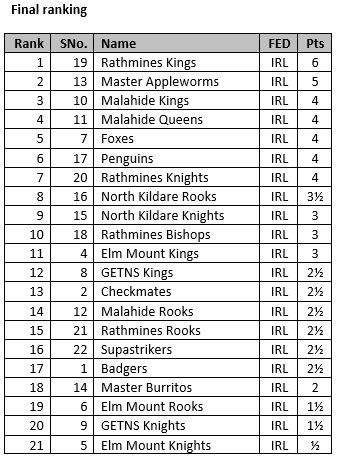 The event has been running since 2011 and all the previous winners are listed below. It will be noted that Rathmines have won the event 6 times over the 9 years that the event has taken place.

The jump in entries from 2014 onwards, that has broadly been maintained since then, coincided with the Leinster Chess Union’s decision to move the event to a Sunday in early December from the early Autumn and late spring/early summer dates that had applied previously.

Attached are photos of some of the teams from 2019 with Mick Germaine who presented the prizes at the tournament. 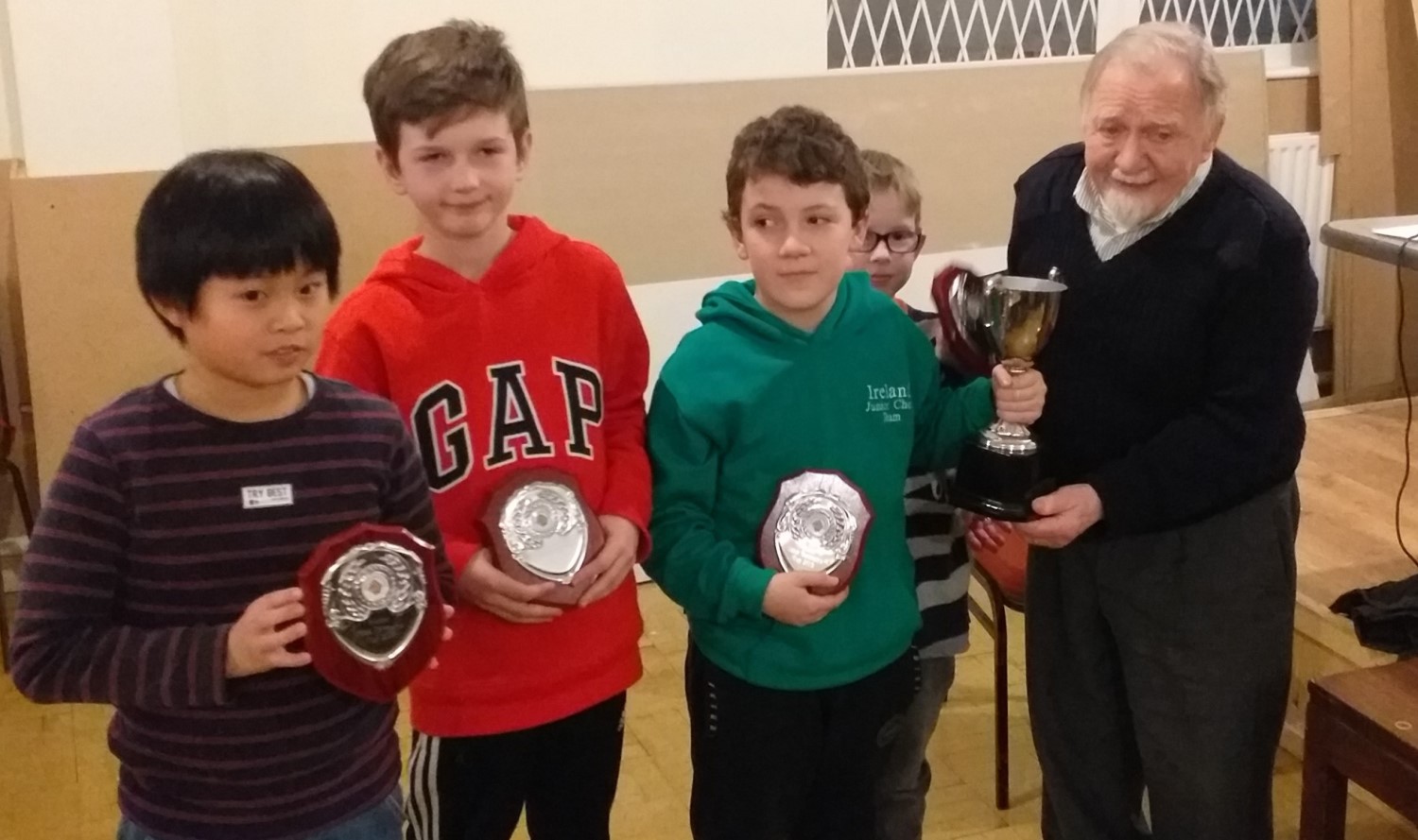 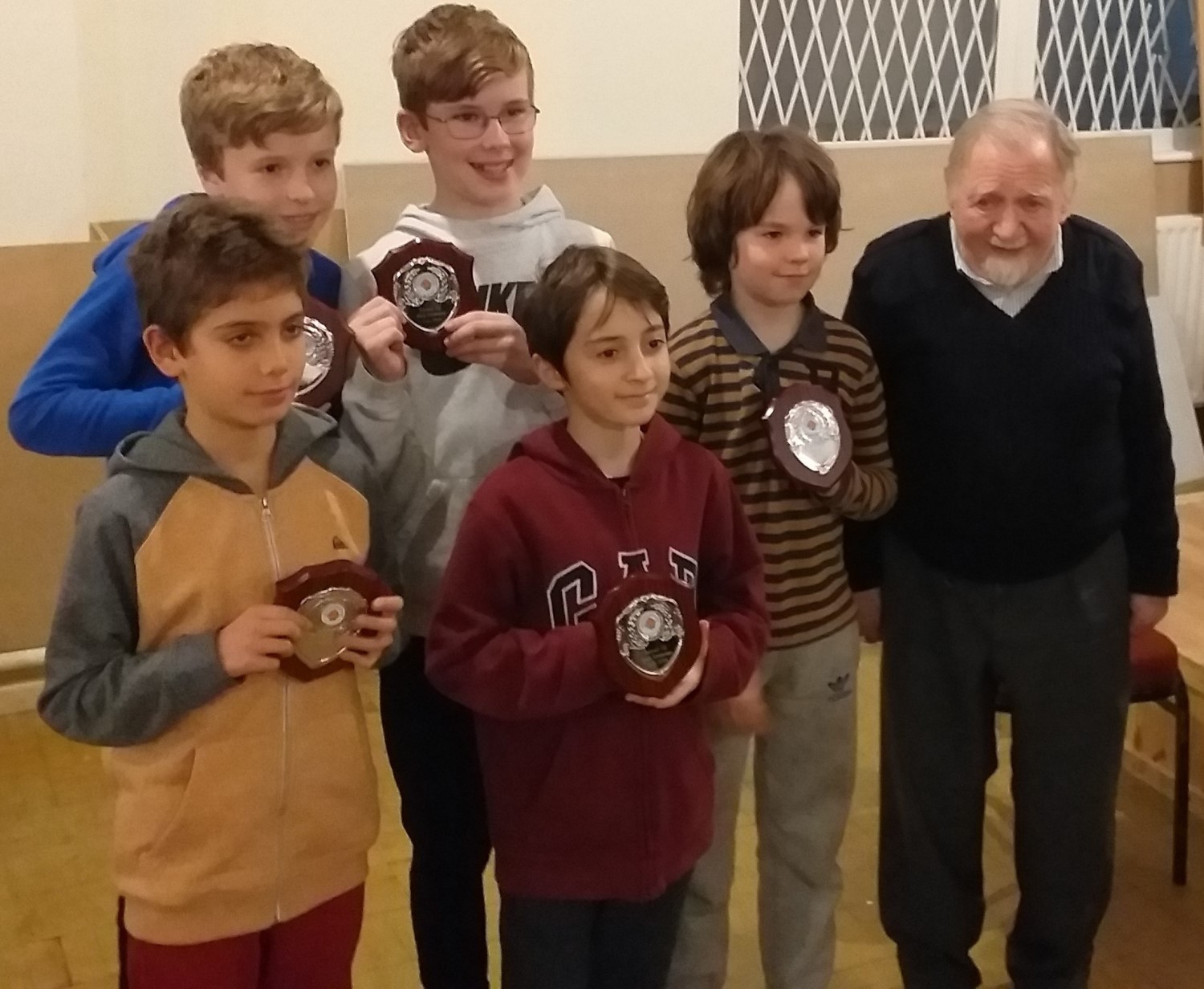 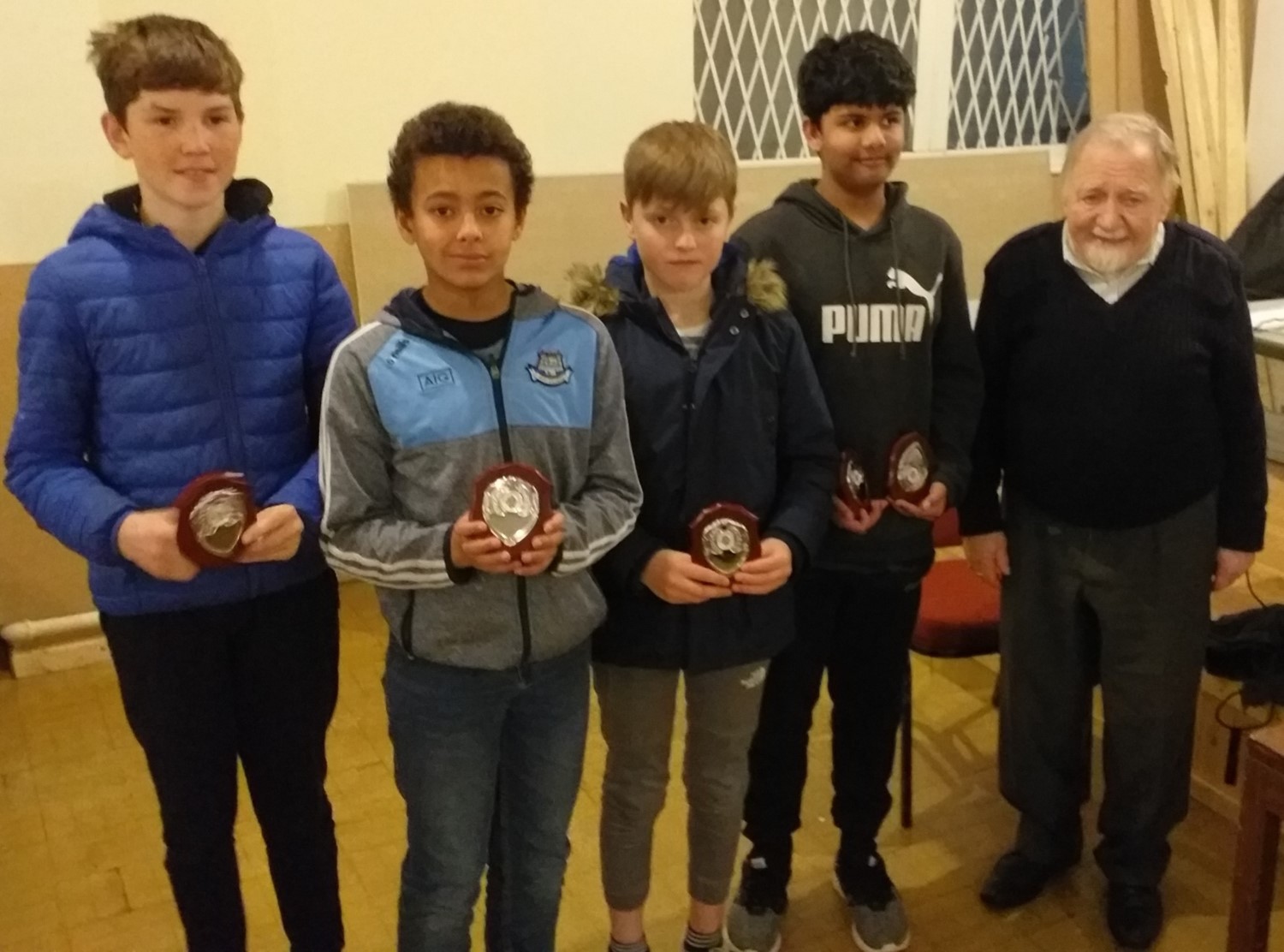