The 27th annual Bunratty Chess Festival was held over the weekend of February 21st to 23rd and a record number of entries participated in the four sections. All in all, 356 players were vying for the 4 titles, 129 in the minor event, 83 in the Major, 94 in the Challengers and 52 in the top event, the Bunratty Masters. 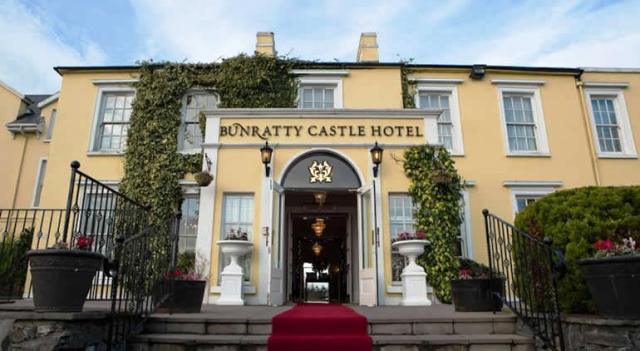 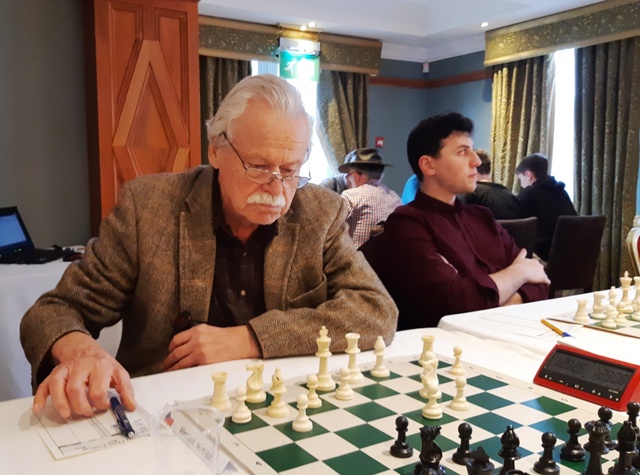 Nigel has played Bunratty many times before, and has won the title twice, but this was Vlastimil Hort's first visit to this event, and a very welcome visitor too. During the 1960s and 1970s, he was one of the strongest players in the world, competing in the 1977/1978 candidates event for the World Championship.

Vlastimil is pictured left and the eagle eyed among you will probably recognise the young man seated beside him, it's Jonathan Pein.

Round 1 began on Friday evening, and there were a number of draws but only one game went against the seeding, one of our many visitors from Germany, Ulli Reyer (2092 ) managed to beat our newly minted FM, Tarun Kanyamarala.

One game that caught my eye was the finish of the board 1 encounter between Nigel Short and David Murray, it's well worth checking it out here.

Round 2 got underway on Saturday morning and this time, it was Tarun's younger sister Trisha who was to provide our top seed with very creditable opposition, she played a good game, and it can be seen here. David Fitzsimons shared the point with Matthew Turner on board 2 while Stephen Brady held the "Ginger GM" himself to a draw on board 3. It's great to see the Irish players acquitting themselves well on the top boards in such a strong event. It's also great to see Stephen Brady back in Bunratty, I think the last time he players in the Masters here was in 2000, but I'm open to correction on that. 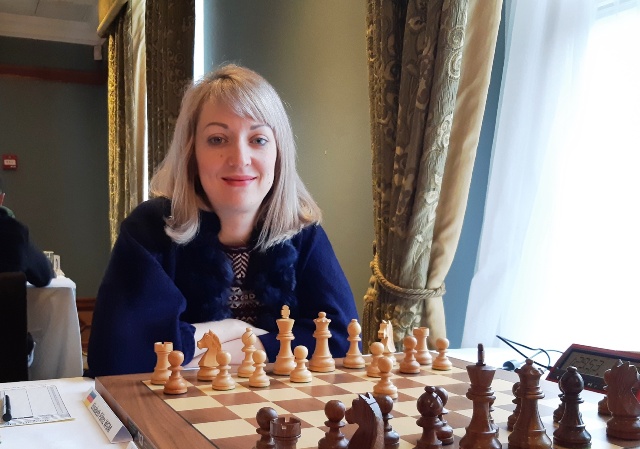 Board 4 in this round was our visiting German WGM Elisabeth Paethz white against Blair Connell. Elisabeth is definitely the strongest female Chess player we've ever had playing in Bunratty and this year's 4th seed, she's pictured here to the right.

Blair is a regular visitor to the Irish Chess scene and loves nothing better than to give the strongest players a bit of a fright! This game was nearly the last game to finish, and it can be seen here.

There was a pleasing finish to a few games in this round, one really striking tactical one was provided to us by Henry Li and can be seen here but a really pleasing strategic performance can be seen from Vlastimil Hort here, there's life in the old man yet!

Round 3 began on Saturday afternoon and featured our first all GM clashes, board 1 was Nigel Short against Vlastimil Hort. Before the game, I asked Nigel what age he was when he first played Vlastimil, he suspected their fist game was in the BBC's Master Game series sometime in the late 70s, no age was mentioned!

I'm not sure how their games in the 1970s went, but today's game was a brief affair, ( see how I craftily avoided the "short" pun ) and it can be seen here.

Vlastimil took a bye in round 4 but speaking to him before round 5, he cheerily told me "I blundered against Nigel yesterday, but today is a brand new day!" 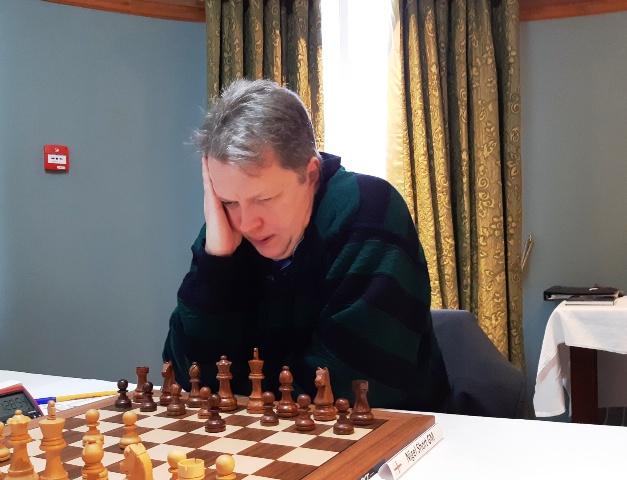 Anyway, back to round 3, boards 3 and 4 were both drawn without too much blood being spilled, while board 2 was a real struggle, and why not? When Nigel ( pictured left ) won, this left him as the only player on 3/3, and if there was a winner on board 2, then they would be the co-leader with Nigel, so all was to fight for. The game is well worth a look, click here to view.

With this fine win, Elisabeth was rewarded with the white pieces against Nigel short for the Saturday evening round. The top 4 boards looked like this;

Kieth Arkell won on board 4 bring him to 3 / 4 while Matthew Turner and Bogdan Lalic had a relatively quick draw. Elisabeth tried very hard to produce a fiery king side attack against Nigel, but his defense was up for the challenge and a draw was agreed, see here. In the meantime, Stephen Mannion and Simon Williams played a bit of a marathon but eventually, the point was shared, click here to see the game.

This round was the last round on Saturday ( yes, I think three is enough ) and so a few players decided to let their hair down and relax in the few local bars. The most popular seemed to be Durty Nellies, where a couple of late night drinks were shared by many of the participants. Despite this, round 5 was scheduled for 9:15am start, ready or not, it was not 9:15am start, hang-overs permitting!

The early 5th round pairing that looked like this; 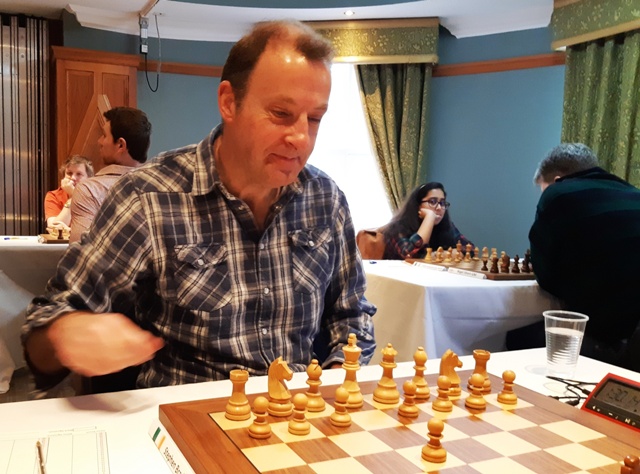 Before I report on the games, I must say it was great to see Stephen Brady ( pictured right ) on board 3 in this round, he's obviously enjoying his first Bunratty in a couple of decades. There might be a lesson in there somewhere, as he managed to get to 3.5 / 5 by drawing against Bogdan Lalic.

Keith Arkell and Elisabeth Paehtz shared the point on board 2 but Nigel was in no such mood, he won the following game against the Irish IM, Alex Lopez.

Meanwhile, on board 4, another Irish IM, David Fitzsimons was hard at work against the Scottish IM, Stephen Mannion. Despite the valiant effort, sharing the point was the best David could manage too, leaving it all to play for in the final round, which looked like this;

The clash on board 2 lasted all of 5 minutes, a quick draw was agreed, but nothing like that happened on the other 3 top boards. David Fitzsimons beat Stephen Brady on board 4 in a tough struggle while there was a titanic battle on board 3. In an 83 move thriller, where both players refused draw offers in what was probably a drawn double rook and pawn ending ( aren't they all? ) Vlastimil Hort was eventually ground down by Keith Arkell in a fascinating endgame.

Simon Williams and Nigel Short was one of the last games to finish and while Simon was pushing, he was never really better and Nigel decided to force a perpetual check to claim his third Bunratty Masters Championship.

A full PGN of the masters games will be published here soon, so watch this space. 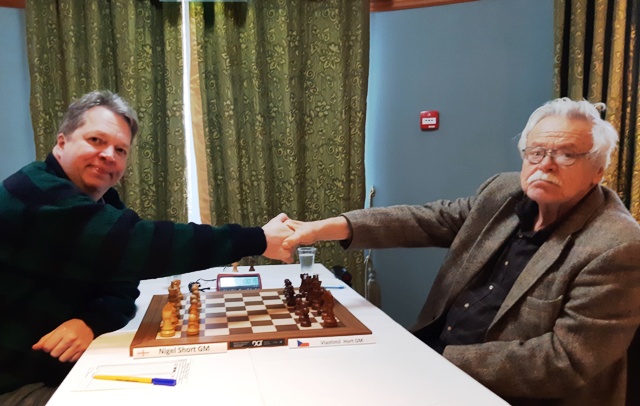 Short vs Hort, just before their 3rd round game at this year's Bunratty Masters 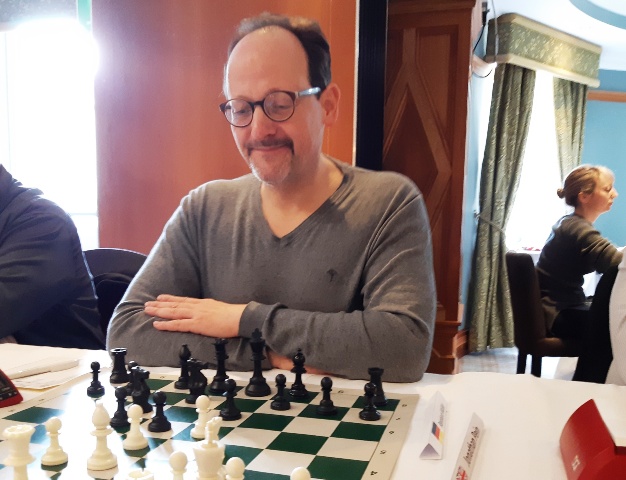 Reinhard Mueller, one of our many visitors from Germany at this year's Bunratty Masters, there is another in the background! 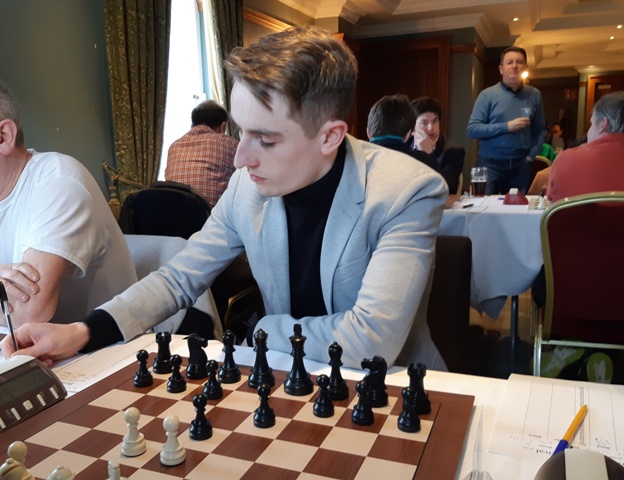 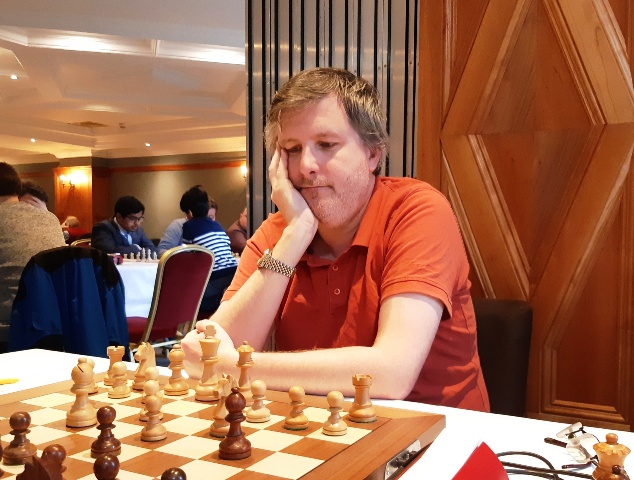 Grandmaster Matthew Turner from Scotland, on a return visit to the Bunratty Masters this year 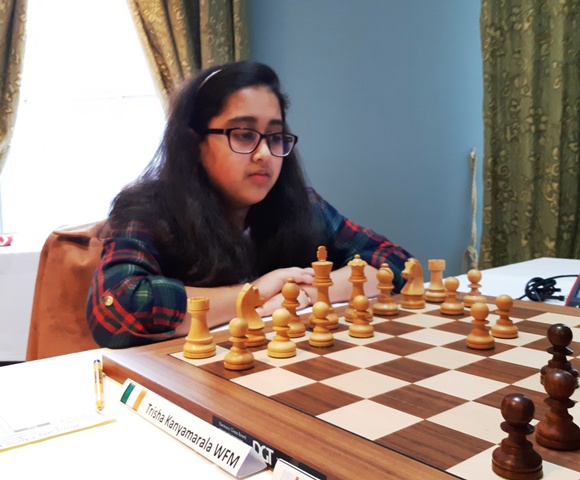 Trisha Kanyamarala WFM hard at work at her first Bunratty Masters, we will see this young talent again 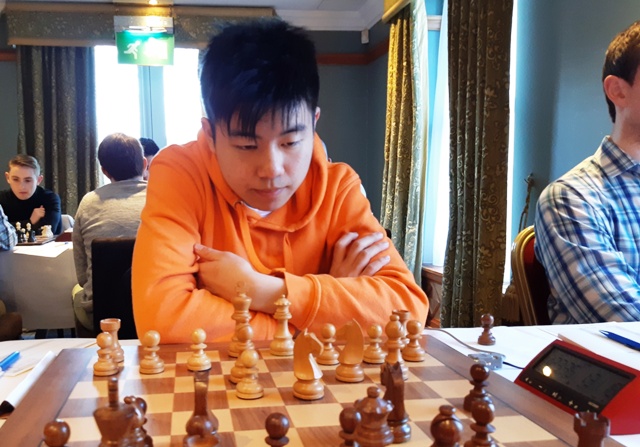 Henry Li FM, one of many star pupils from Gonzaga College and another regular visitor to the Bunratty Masters 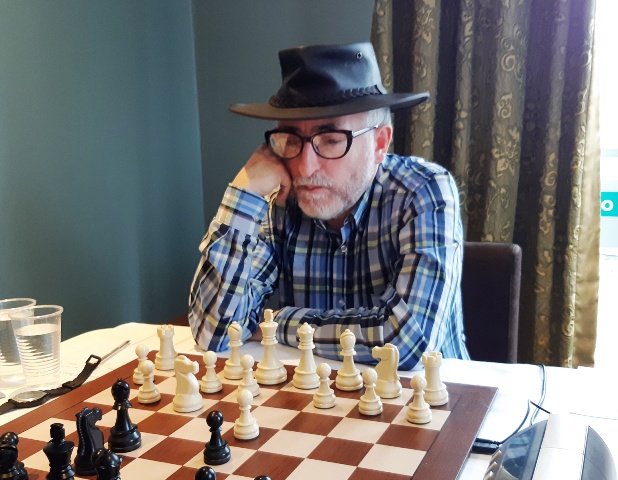 Gerard MacElligott, pipped at the post for the Challengers title, he and his hat are now a regular feature at Irish Chess events 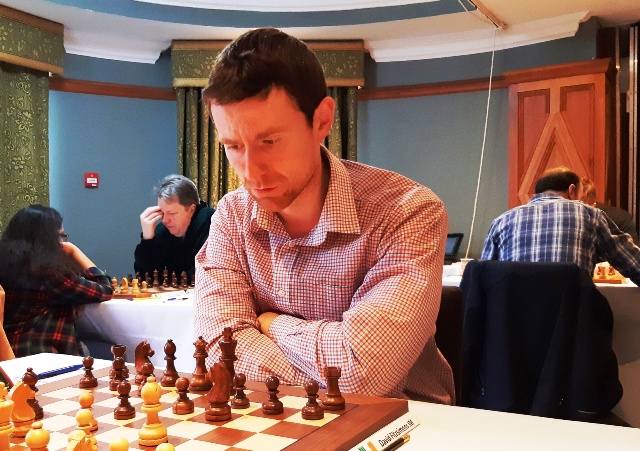 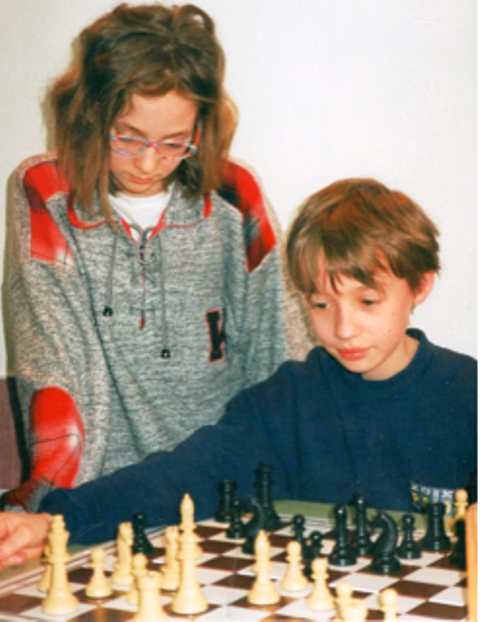 Last, but not least, can anyone tell who these two young players are? I think this photo was taken nearly 25 years ago......guess who they are?

Dates for Bunratty 2021 are set for February 19th to 21st so mark your calendar now.