Ireland has a very young team in Gilbert this year, with Trisha, Lara, Diana & Dayna. The competition itself is U18, while our team playing today was on average only 13.

Diana Bueckert on Board 3 played against a 400 points better rated opponent. Such a difference was not visible during the game. In the middlegame, Diana lost a positional battle in the centre and a pawn. Opponent precisely used the advantage and won. 0:1

Lara was the only with a similar rated opponent (Lara 60 points up but having black pieces), so we were expecting this game might decide the match today. It was a tough Winawer variation of French defence, where her king ends on f8 in move 8 without castling. 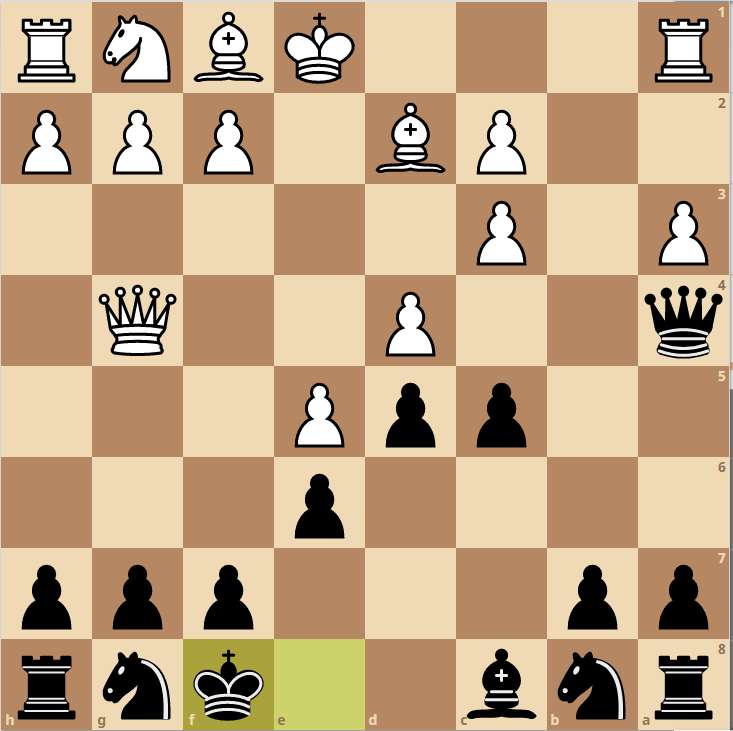 Winning one pawn in move 9 and the other in move 15, Lara had to defend a tough position where in one moment her king was on f8, queen on g8 and rook on h8! As soon as she managed to develop her queenside, she easily won. The final position of this somewhat wild game is worth sharing: 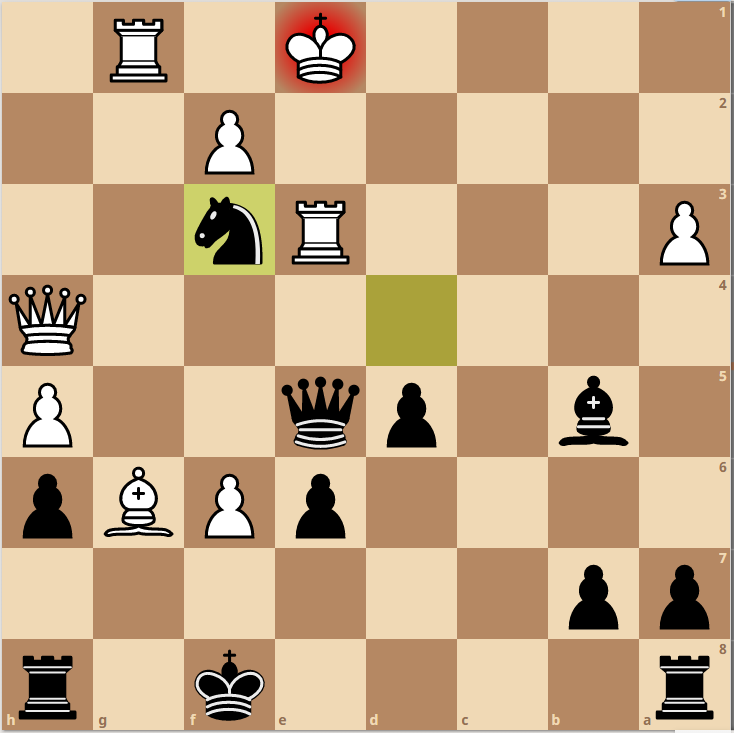 After this, the opponent resigned. 1:1 So it was down to Trisha to secure the match win today. She is the favourite in every match in Gilbert this year, being the best rated player by far! Yet the opponent fought well in a game of Queen’s gambit declined, despite being outrated by 270 points.

Trisha was slowly building up her advantage & pressure. Lovely was the tactics she used at the end.

Can you see it in the position below? 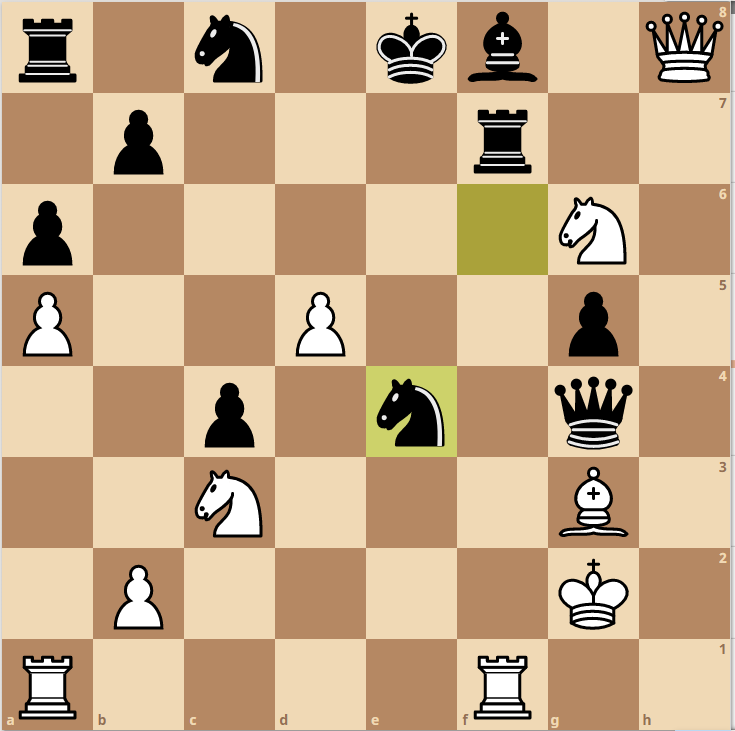 It is always great to start with a victory.

Other results of Round 1 England 3:0 Wales Netherlands 2:1 Scotland

Our team should have an easier task today, as Scotland Gilbert team is way behind in rating across the boards. Trisha was the first to finish. Playing the Sicilian, she firstly equalized and then positionally won when doubling rooks on the e file. The opponent tried to attack on the kingside, but not fast enough. Trisha won a rook in move 26 and checkmated the opponent few moves later. 1:0 Ireland.

Lara finished 5 minutes later. In the Catalan opening, she developed a monster light squared bishop – helping her to win a piece in move 13. The advantage went to +7 then and didn’t go down after. Although the game went on for a while, the win was never in question. 2:0 Ireland, and a secured match win.

Diana was playing an equal game deep into the middlegame. Then the obviously underrated opponent got more queen activity and took few pawns around Diana’s king – which was effectively game over. 2:1 final score.

After 2 wins in a row, tomorrow we face a major challenge against England, who also won both of their matches. Yet game points are the ones that count, just like in Leinster leagues…

Big game today with England. Dayna is playing her first game today. Tough luck for Lara. Her mouse slipped, she moved the wrong piece and blundered a queen! And resigned immediately. 0:1 Trisha & Dayna went on for while and used their time well. Eventually, Trisha drew and Dayna saved the day by winning.

From bad to worse! A match with Netherlands didn’t go as expected. Trisha lost on time in a completely equal position in move 22. Lara played a wild game. Firstly positionally completely winning, then entered a wild tactics – came out with 3 pawns for a rook (!). She did queen one of those pawns, but the opponent got away with perpetual check to draw. Dayna played a long game also. Keeping calm under huge pressure, she finally won a piece with a nice tactics and getting to -7 evaluation as black. Yet being in time trouble, her opponent managed to push a pawn all the way and promote, which was game over. So 0.5:2.5 final score. England has secured an overall win in Gilbert today, winning 3:0 vs Belgium. Tomorrow we play Wales, and we can still be 2nd if we manage to get a great score tomorrow.

The match with Wales today we lost 2:1. Trisha won her game with a nice kingside attack early in the middlegame. Lara & Diana unfortunately lost.

After 5 days of tough matches, Irish team eventually came 3 rd , behind Netherlands & England. As out team is very young, the plan is to win it in the next year!