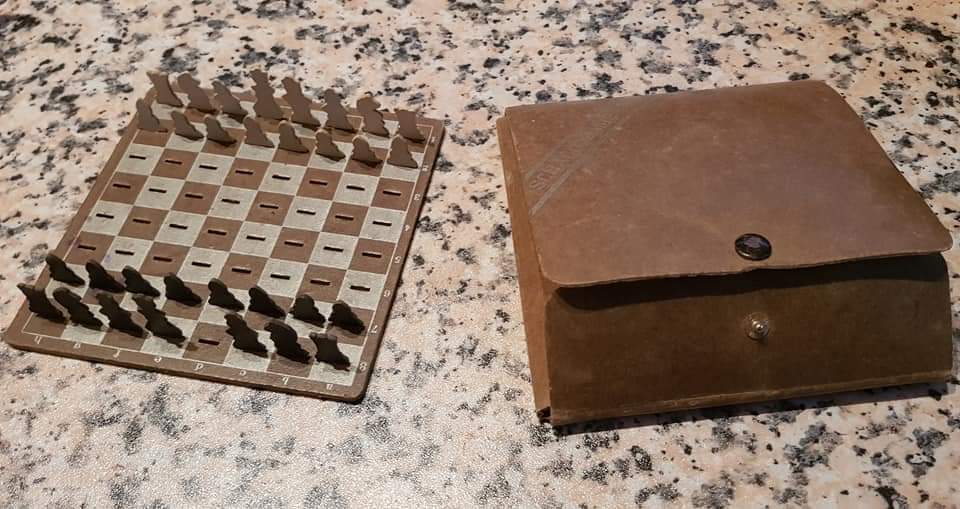 Tucked away in a glass case in the sitting room of my parents’ home in Germany, is a very old and very battered travel chess set. This was a precious possession of my grandfather, which accompanied him to the front in World War II and which was among the few things returned to his family when he was killed shortly before the end of the war.

Chess was always played in our house when I was growing up, sometimes for fun, sometimes fiercely competitively, always for enjoyment. But I stopped playing somewhere along the line between working, moving to Ireland, marrying an Irish woman and having children. Until one day three years ago, our four daughters found an old games board in the house and when I turned it over, I saw the familiar black and white squares of a chess board. I found the pieces in the box and set up the board for a game. 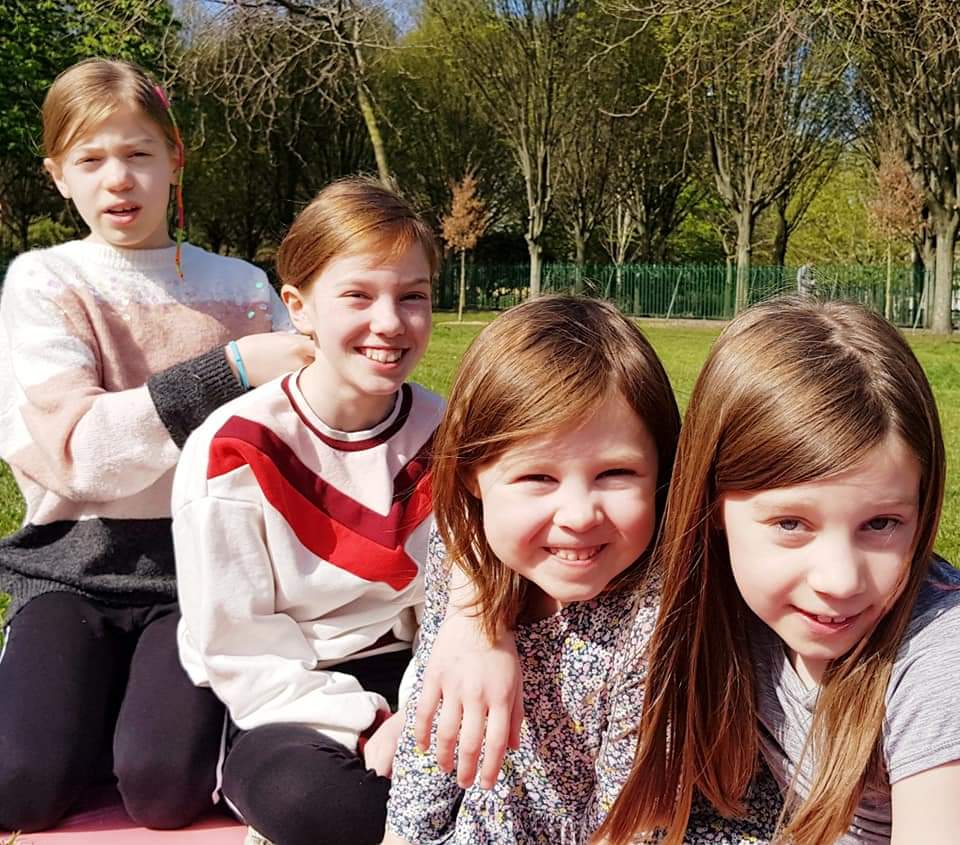 Our two eldest girls, twins Lucy and Diana, (then nine years old) were fascinated and insisted that I taught them how to play straight away. So, using my somewhat rusty knowledge, I began to teach them the names of the pieces, how each could move and some openings. They were hooked! Diana then began to teach their younger sister, five-year-old Helen, and once they knew the basics, they started practising by playing against each other. This was followed by taking part in Grand Master Alexander Baburin’s chess camps during school holidays where they learned lots more about the game and had the chance to play in friendly tournaments against other children. They also took classes in school which were run by Alex and joined his weekly chess club for children in Mount Merrion.

We discovered the Irish Chess Union, a thriving community of chess enthusiasts with a vibrant and supportive junior section and in 2018, the girls took part in their first tournament, the Irish Junior Championship. Diana and Lucy came second and third in the Girls Under-10 section, while Helen won third place in the Under-8 section. This was all the encouragement they needed and they started looking for more chances to play competitively!

They all love the tournaments (which sadly are on hold for now), the travel all over Ireland, the excitement of being away for the weekend, not to mention the hugely important social aspect, as the tournaments are a great way to meet other children. Another very important part of the tournaments is the opportunity for players to improve their rating, as depending on who they play and how they perform, their rating can go up. (For me, a very important part is the chance to have an Irish Breakfast served up to me in a nice hotel…). The girls built up their experience along the way and in 2019 they joined the ICU junior squad training sessions which are run every year.

They also joined St Benildus Chess Club, which (prior to lockdown) met weekly, and during the current restrictions continues to field teams and take part in various online competitions.

In 2019, Lucy was crowned the Irish Under-12s Girls Champion and Helen the Under-8 Girls Champion. In December that year, Lucy and Diana represented Ireland for the first time in Liverpool and in 2020, just before the first lockdown started, they flew to Murmansk in Russia to take part in the ChessMates tournament, an international tournament for young chess players. The Russians certainly knew how to add pomp and ceremony to the occasion, which was very formal and attended by numerous dignitaries – a really impressive experience for Lucy and Diana. 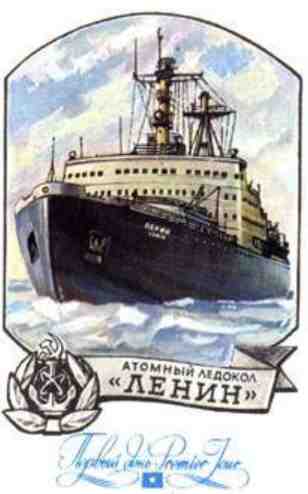 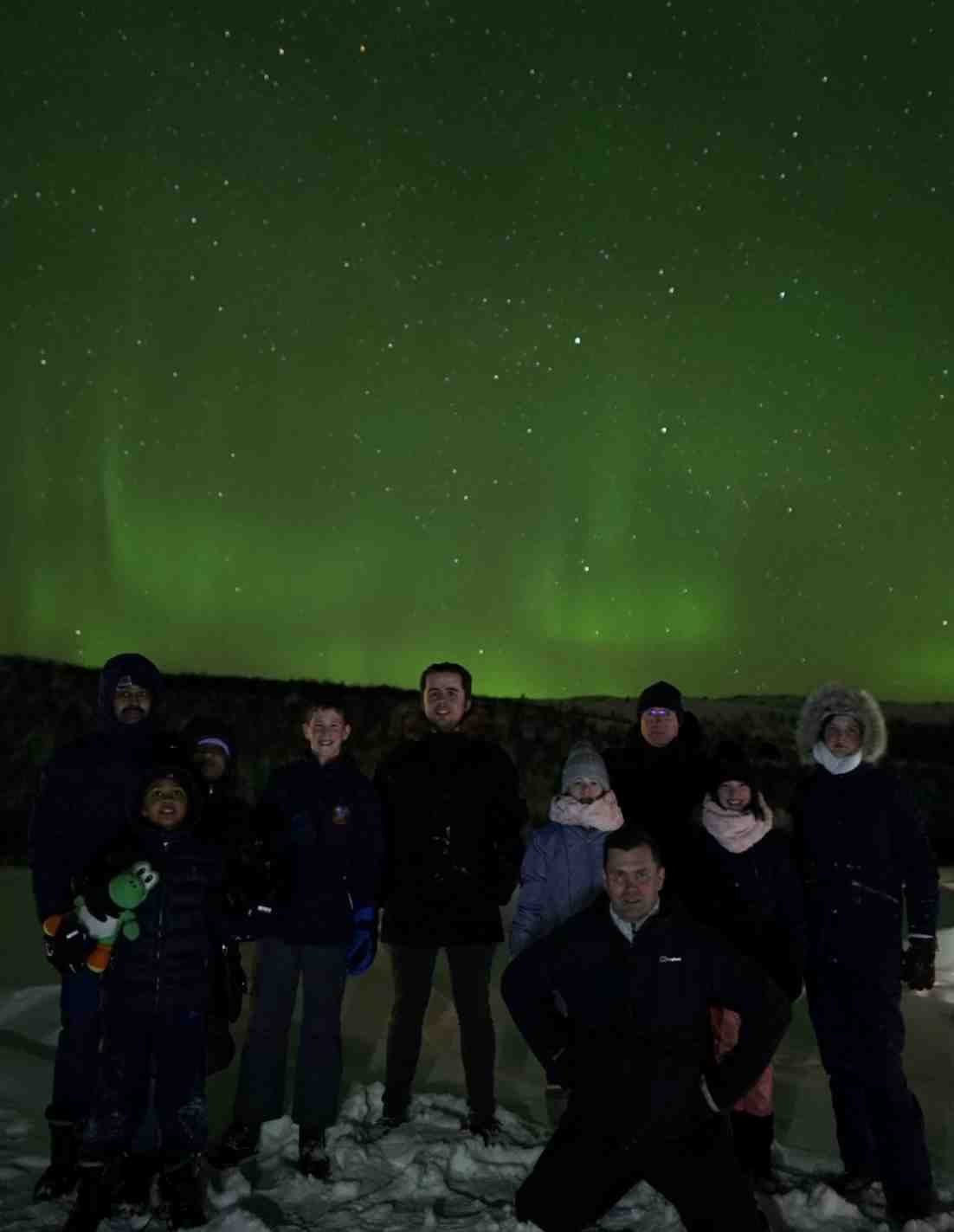 We also managed to experience the Northern Lights and waist-deep snow, visit a nuclear-powered icebreaker and of course stop by an Irish pub. The trip was rounded off by whistle-stop tour of Moscow on the way home, a fantastic way for the girls to end their wonderful Russian adventure. (This also fulfilled a long-held personal ambition of mine to visit the Russian capital, something I have wanted to do since I was a small child). Lockdown of course changed everything, but unlike many other activities, chess came into its own during those long weeks at home. Ever adaptable, the chess community moved online and websites such as Lichess.org and Chess.com had an explosion in membership as players looked for ways to keep playing. Our girls took part in countless tournaments and competed against players from all over the world, all while staying at home. This online world was hugely beneficial as it gave them an outlet, provided the means to keep developing their chess skills and allowed them to continue to socialise with their chess friends.

Our youngest daughter Sylvia, watching all of this, insisted on getting her own Lichess account online and has now started learning her first chess moves. So soon we will have four daughters playing chess! Which brings me to the issue of how few girls actually play chess.

At one tournament we attended, there were 106 participants and only six of those were girls – three of them our daughters. The hugely popular mini-series “The Queen’s Gambit” highlights this problem of low female participation in chess and that is set over 50 years ago. It is sad to think that this is still an issue in the 21st century. It is great however that the series shows a woman going all the way to the top in a man’s world.

It is so important for girls to see other girls and women taking part so that they know the world of chess is open to them too. We are lucky that there are some wonderful female players in Ireland who are a huge source of inspiration to our daughters. We really should encourage girls to take up this game, which brings so many benefits and which teaches strategy, patience and concentration, not to mention a good poker face!

As for our daughters, they will keep playing and are hoping for a return to “over the board” competitions, a chance to meet old friends face to face again and maybe to see some new girls joining in. I hope their interest continues as they grow up and have more and more demands on their time. I am confident that at least one of them will do everything she can to become a WFM.

As for me, and my father in Germany, we have given up playing against the girls, as they trounce us every time - but I like to think that this is the result of my encouragement and their hard work and dedication - and a link back to that old and battered chess board in my parents’ sitting room. (Hagen Bueckert, November 2020)