This article part of the series: Ireland-Sussex Junior Matches for the Sir Patrick Moore Cup - 1, 2, 3, 4

An Irish junior team competed over the weekend of the 15th-17th June in the bi-annual match against Sussex. The match represented an excellent opportunity for Irish juniors to test themselves against some of the strongest young players in England.

Unfortunately from an Irish point of view, the match result was never in doubt as Ireland were missing a considerable number of stronger players, and went down on a scoreline of 142.5 to 46.5. Sussex are the strongest English county at junior chess and boasted no less than six England junior internationals in their squad as they put out their best team. Nevertheless there were some notable Irish performances.

The Irish contingent in Sussex 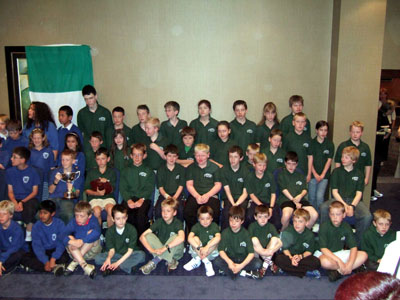 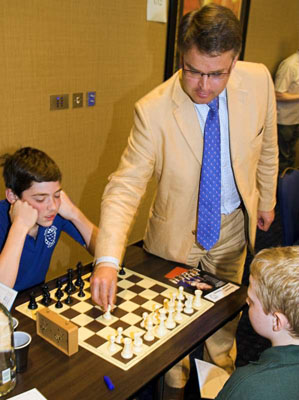 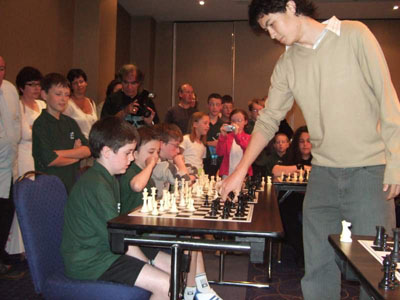 Is this rugby or chess? A scrum in the departure lounge in Gatwick on the way home. 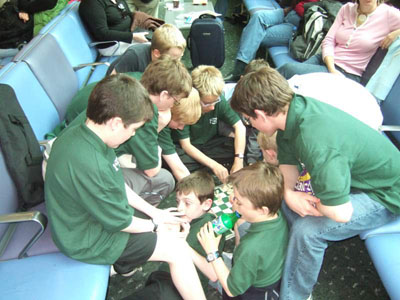 In spite of the result, everyone I spoke to seemed to enjoy the trip and were glad they went. Sussex had an impressive set up and gave us an important lesson in training and organisation. More pictures from the match are available at the Sussex Junior Chess website. Thanks are due to everyone involved in organising the trip especially Nicky Deacon.