This article part of the series: Ireland-Sussex Junior Matches for the Sir Patrick Moore Cup - 1, 2, 3, 4

After a 10-year hiatus, the Sir Patrick Moore Cup was contested in Dublin between an 11-strong contingent from Sussex Junior Chess and an Irish Junior XI. 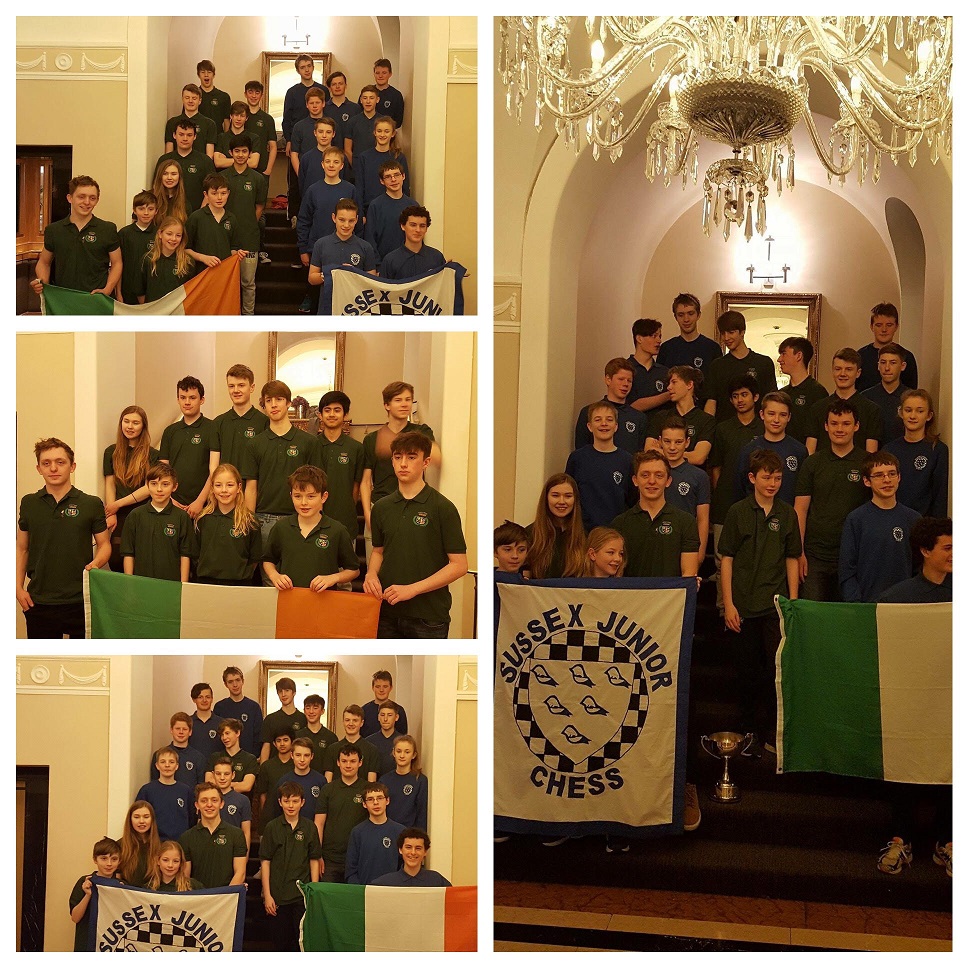 The match took place as part of the inaugural Irish Mind-Sports Championships (IMSC) which included the National Club Championships, an U-1600 event and a blitz all organised by the ICU and the 2017 Confucius Cup - a GO and Chinese Chess Congress all in the Gresham Hotel on the main street of the nation's capital. 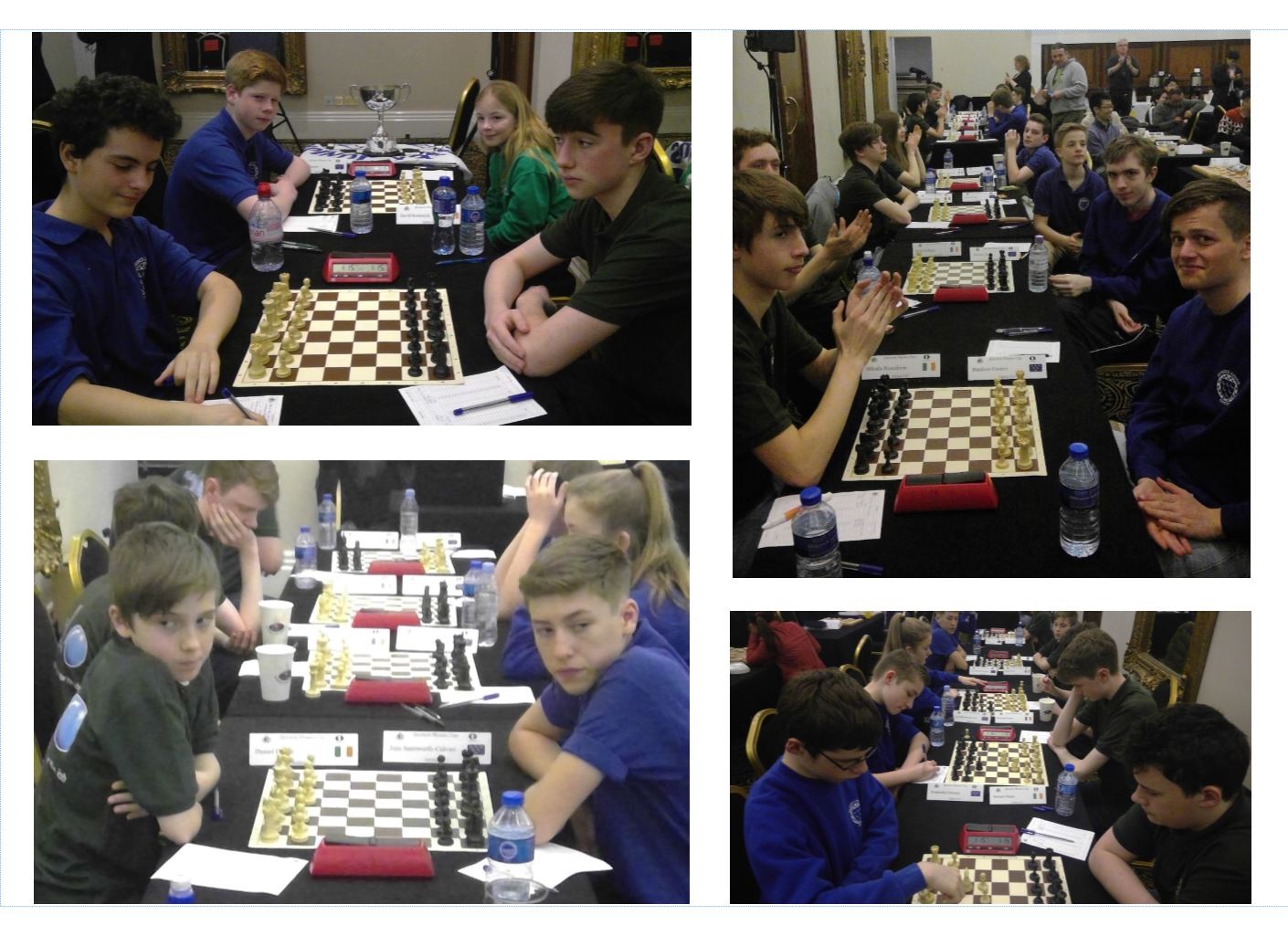 Sussex are a one of the strongest English counties at junior chess and there were many chess rivalries and personal friendships renewed and strengthened from recent Glorney Gilbert Internationals. 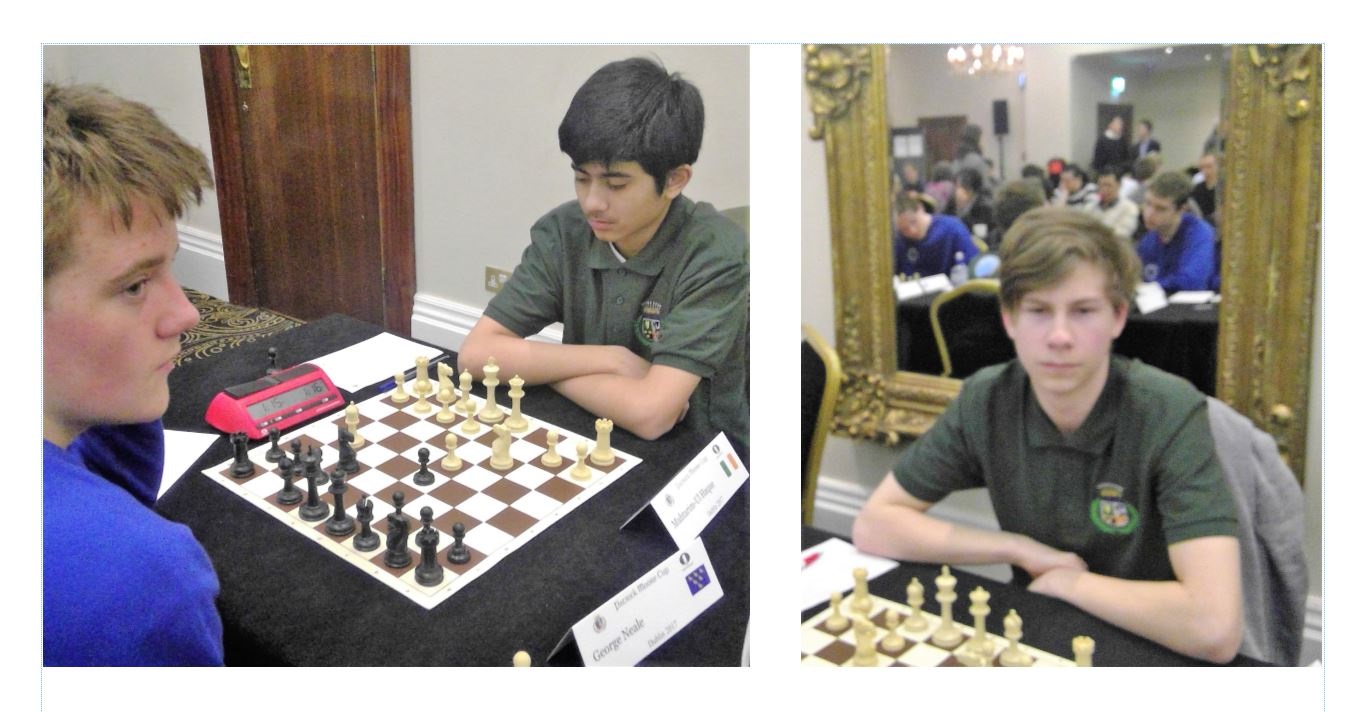 Unfortunately from an Irish point of view, the match result was rarely in doubt as Ireland were slow out of blocks, conceding the first round 2-9 to Sussex; Though Sussex were quick to acknowledge Ireland’s generosity towards the end of a number of games. 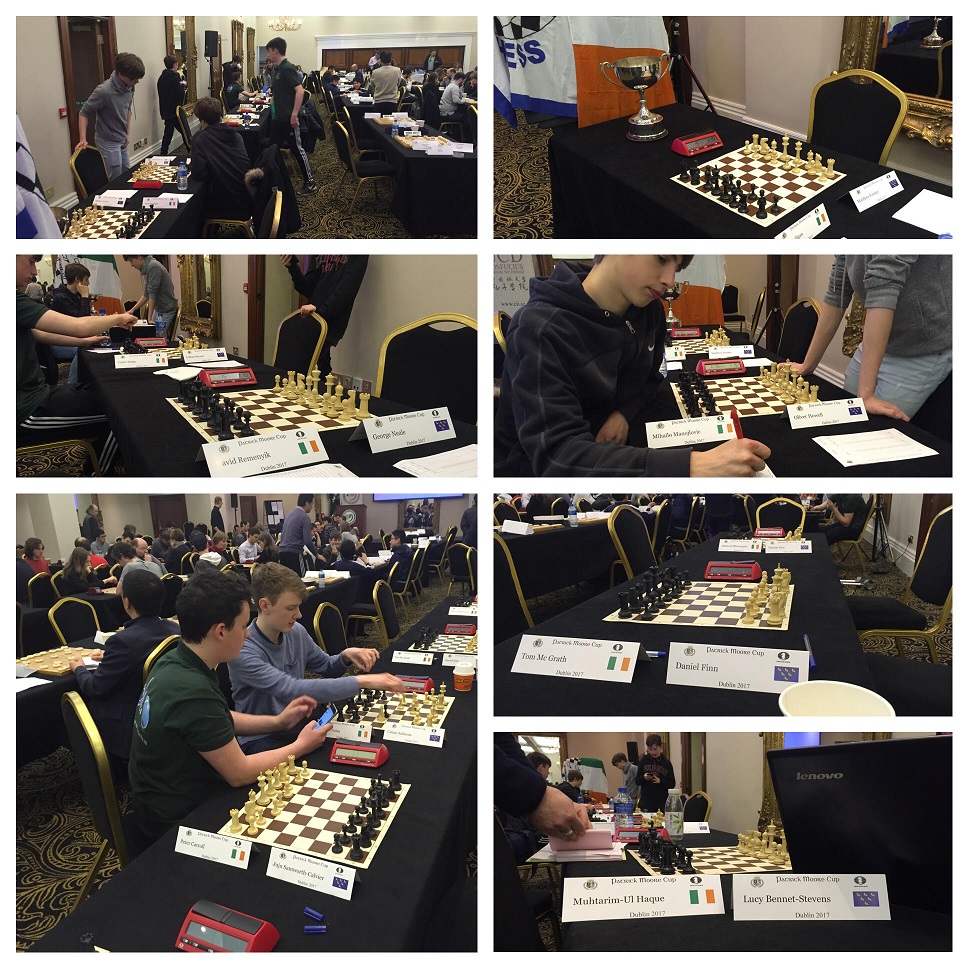 The next two rounds were more evenly contested both coming down to the final games to determine the balance of the rounds. In both cases, Sussex proved too strong and secured both rounds 6.5 - 4.5. Saturday concluded with dinner in the Chinese buffet across the street. It must have had some effect as Ireland finally came good on the Sunday, winning the final round 6.5 - 4.5 for a final score of 26.5 - 17.5.

Sussex's Daniel Finn was the only player on either side to score a perfect 4/4 with Ireland's Muhtarim-Ul Haque the only one to score 3.5/4 Other notable Irish performances were David Remenyik 3/4, Scott Mulligan and Mihailo Manojlovic both on 2.5.

There was time for a 4-round fun blitz before Sussex had to head for the airport. Winner Callum Brewer (Sussex) and Runner-up Daniel Dwyer (Ireland) were the only two players on a perfect 4/4.

At prizegiving, the current ICU chairman noted that he had played in the first two in Dublin and Sussex around the turn of the Millenium! Thanks also to Arbiter Colm O'Muireagean (pictured below)

So Sussex retain the Sir Patrick Moore Cup and Ireland must look to another opportunity hopefully in less than 10 years!

Detailed results can be found here. The match was both FIDE and ICU rated. Sussex's report here