The 2019 LCU Cups were organised by John McMorrow to run from the 9th - 30th June, with the first round in the Talbot Hotel, Stillorgan and the final round in Buswell's Hotel in central Dublin, both lovely venues which added to the atmosphere. This was a great achievement in itself as the cups had not been run last season. 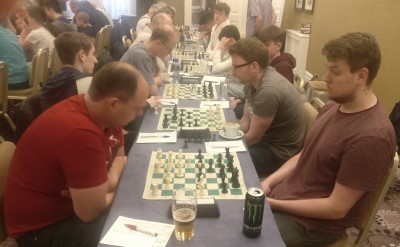 The Branagan Cup this year was a five team round robin event for Leinster clubs. It was dominated early on by two very strong Gonzaga teams who came first and second, with the A team winning out in the end though there was strong rivalry between them. In fact Elm Mount finished narrowly in third place behind Gonzaga B in a tense last round encounter which Elm Mount eventually won. They were followed by St. Benildus and Bray who drew their final round match. See the Branagan Cup Final Results. 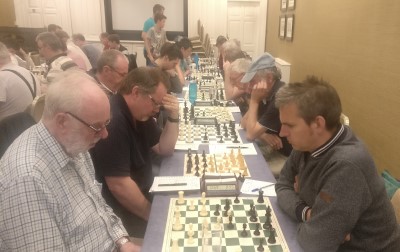 The Killane Shield had only two entries with St. Benildus taking an early lead against the Willie Brennan teams. In the final round Skerries won 6 - 0 against a depleted Dún Laoghaire team to clinch the trophy as in round 4 they had beaten St. Benildus who ended up as runners up on equal points. The result was unclear until the last final round game on board 1 between St. Benildus and Bray which ended in a draw.

The trophies for winners and runners up in each competition will be presented at the LCU AGM which will be held on Wednesday 31st July in the United Arts Club, home of Dublin Chess Club, possibly around 7:30 pm(?). A number of the committee are retiring this year so nominees are needed to fill various posts.