Ireland won all games in the Round 1 of 44th Olympiad in both the categories.

The open team faced The Maldives in round 1 and while we were heavy favoutites they put up a good challenge. Alex on board 1 played a very good game in the Alekhine and was confortable through out and Tom on board 3 got a better position after a couple inaccuracies and after his opponent castled long in a loose position crumbled pretty quickly. 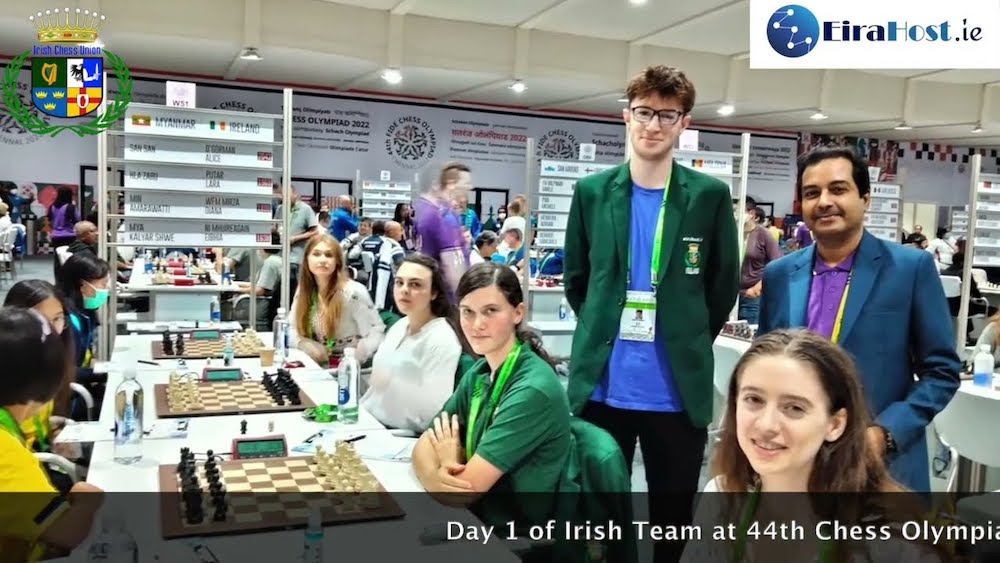 The players with white did not have it so easy though. Tarun on board 4 opted to play 1.f4 as his opponent had no games online so decided to remove any potential prep, but his opponent played well in the opening and Tarun had to grind him down.

Conors game was the most hairy, again to avoid potential preparation he got into a Catalan type position and his opponent played very well getting a rook onto the 2nd rank. Conor kept the position alive and had enough compensation in the form of 2 connected passed pawns that proved enough to convert into a win.

So a 4-0 win to start which is all we can ask for and the team had some competitive games to warm up before a harder opponent tomorrow!

Maldives Open team was paired with Ireland Open team wherein Ireland won all games 0-4. Below is a summary results table:

Olympiad 2022: All the best Ireland